Over the weekend I came across an article written for the Huffington Post Parents section aptly headed, Why my kids go to bed earlier than yours, written by Melissa Willets (http://blogs.babycenter.com/mom_stories/why-my-kids-go-to-bed-earlier-than-yours/?utm_source=huffingtonpost.com&utm_medium=referral&utm_campaign=pubexchange)  and it really struck a cord in my book, one because I wholly agree with her sentiments and I came across a parent this weekend who looked at me as if I was a crazy bat because Daniel was in bed by 8pm on Halloween when there where other kids still running around and her son was not in bed by 2 am the next morning.

Of course, it was Halloween over the weekend and our community hosted a Trick or Treating party for the kids and a braai (BBQ) for our friends and the neighbors. It turned in to quite a large affair with over 30 children from the neighborhood arriving for the fun and games. In all the excitement the kids wore themselves out and Daniel was no different. Many parents took their kids home after the trick or treating purely for that reason. 8 pm came and Daniel was exhausted and I carried him off to bed, he may not have been happy about it but the moment his head hit the pillow he was asleep. Daniel has always been a routine baby, as long as we stuck to his sleep schedule he was a happy little chap! But I’m also not the perfect parent, by no means, we have our moments where he goes to bed a little later than usual but one of our main reasons for this is that firstly, he is always a much happier child with a good nights sleep and secondly, Julian and I are given the opportunity to actually spend some adult time together or as in Friday night were able to enjoy an evening with our friends.

At around midnight we were enjoying a glass of wine the last guests as the night was winding down for me, the flu had struck me like a hammer the day before! The lady in question was far from ready to go home even though her husband had left with their youngest son a few hours earlier. Their eldest boy who is 5 was still running around without a shirt on and was clearly tired, he came up to his mom for a cuddle and by accident she stood on his toe with her high heel and the poor child was in hysterics, a combo of tiredness and pain. Feeling sorry for the little fellow, I leaned over and patted his head and said, Shame, little man was that very sore? You look exhausted, you should be fast asleep in your bed! He looked up at me and nodded his head. His mother on the other hand, turned on me and gave the age old look for HOW DARE YOU! And promptly asked, Do you have children? Totally implying that I had no idea what I was talking about. I responded that yes I had one child and when she asked where he was I sharply replied that he was in bed asleep where he should be. I was in no particular mood to have a debate with a tipsy lady so I started to help with the clean up on the food and dishes.

A short while later a friend of mine came to ask me what on earth I had said to upset the women and I had no idea what she was talking about. It took me a few moment to think about it and it dawned on me that she was rather upset that I had implied that she was failing as a parent and then didn’t stick around to debate the topic with her. And it got me thinking that I am really tired of the new issue in our lives called Competitive Parenting, yes my child is in bed earlier than yours but its not to make you look like a terrible parent it is because he is exhausted and at 8pm he goes to bed every night! I am not going to compare my child’s routine to yours because I  think that each child is different and as a parent you have to find what works for both you and your child but you also need to remember that should you tempt me into an implication that I may not know what I’m talking about you may come off second best. 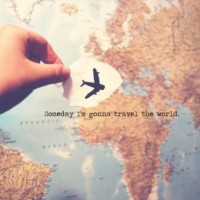